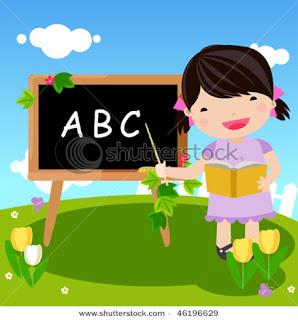 Education is akin to religion for the great Indian middle class. Even as you are changing your baby’s nappy for the 25th time, fantasising about a good night’s sleep and dying to turn the clock back to your non-motherhood days, your family elders start making excited plans and knowledgeable predictions about your newborn’s future. Oh she loves tearing pages off the book....so you think she will be an educationist? Doesn’t she look cute jamming her fingers in electrical sockets....she will undoubtedly be an electrical engineer. Look at her, trying to dissect the cockroach with her fingers....yes she will be a doctor. Unfortunately my daughter was a big drama queen and loved looking at herself in the mirror....nobody dared suggest her vocation based on that.

It is usual for parents, grandparents and everybody else still alive in the family tree to take the business of educating their latest addition in the family rather seriously, more so if you hail from the Eastern states. The grandma will insist on teaching Bangla limericks even as your baby drools. The grandma’s dad on ventilator will give you a grim lecture on the need to inculcate serious studying habits at an early age. The granddad will read out Kafka to his granddaughter, her baffled expression be damned. And you will let out an exasperated sigh and exclaim “Can I first potty train her please????”

I guess I was unusually casual and gave more priority to sundry things like trying to keep my baby from plunging herself in a bucket of water or dissuade her from sticking a pencil up her nose. One fine sunny afternoon, standing on our ground floor balcony, reality hit me with a loud thud. It was neighbour's barely two year old son confidently rattling off English alphabets and numbers, while his Mum proudly looked on. Try as I might, I couldn’t share her jubilation and before her bonny boy could move on to Greek, I mumbled an apology and ran inside. I have been a bad, bad mom. My Tee is a good six months older and all she does is play around with the jhadoo & karhai and yelp in joy every time she sees the maid mopping the floor. A bleak future awaits her and she will curse me as she scours utensils for a living.

Soon it was time for Tee to go to preparatory school and for me to join back work. I realized a little belatedly that our baby girl didn’t know a word of Hindi. The husband and I had made a conscious decision to speak to her only in Bangla, so that she gets her mother tongue right. No “come baby, run to Mama, sit...stand..” for us. But kids can adapt wonderfully. By the time Tee was four she was speaking fluent Bangla, Oriya (courtesy our maid) and functional Hindi. By the time she was six, she was speaking good English, but had forgotten her Oriya.

Most mothers take schooling more seriously than their kids. They may have had carefree childhoods and barely passed their exams, but they want to make sure their progeny turn into an Einstein or Bill Gates. They derive a vicarious sense of achievement from the trophies their children bag. I had a simple criterion – I wanted Tee to go to a school where studies are the last priority. I wanted her to go to the school I went to. From clay modelling, to rendering songs for the dead departed children of Hiroshima, to teaching pre-delinquent kids, to whistling at ward boys under the garb of hospital service, we did it all. And if we had time left, we studied. And strangely our academic results were great. I wanted her to have a childhood she’ll cherish and I wanted a carefree motherhood for myself

Tee did have a carefree childhood but our parenthood was far from stress free. In class II, her class teacher banned unhealthy preserves and peanut butter from their sandwich. All my mornings were fraught with anxiety, wondering which unsuspecting vegetable’s turn it was to get sandwiched that day. Her weekly hobby class with its long list of unusual requirements gave me endless nightmares. 25 ice cream sticks, three medium sized white pebbles, 25 pink feathers, and the dreaded list was unfailingly sent just the day before. As if it’s usual to have a flock of pink feathered birds who shed on demand. Or it’s normal for every household to have a collection of ice cream sticks, handpicked from garbage cans. The school’s fancy dress parties on its founder’s day had me on the boil. Fishing out accessories, running to the neighbourhood boutique to get fancy ensembles stitched. Since my sewing is more like a cobbler’s and my craft skills almost non-existent, it was the husband’s duty to create elaborate Red Indian head gears or make antlers for her butterfly avatar. Yes, dadhood is a lot of hard work too. We had our proud moments ..six year old Tee on stage playing the fretting Mom, complaining loudly about her son’s TV watching habit....shimmering on stage doing her Japanese dance and chattering incessantly between breaks, completely oblivious to the audience...

Tee sat for her first board exams this year and it coincided with my leaving my job after months of dithering. Most of my colleagues assumed it was for the sake of her studies. I didn’t want to disappoint them and happily nodded in agreement. I’ve had very little to do with Tee’s education. True, when she was younger I helped her out with her revision but as she grew older I just let her be. Did keep a watchful eye on her, nagged her once in a while but since she always managed good grades I happily maintained a safe distance. It was when I started spending time at home I realized how little she studied. During her preparatory leave, she watched television, read her many story books and when she got bored entertaining herself she would sit and study. I was alarmed and would often shed copious tears imagining her sorry results. Well I did shed copious tears and that too in full public view at the Langkawi airport, but they were tears of joy as my mother read me out her results. Tee managed to stun us all with straight A1s in all 4 majors. Sadly it has given her a license to shut me up forever. But it hasn’t stopped me from worrying and shedding more copious tears...what if she doesn’t get admission to any of the good college in Delhi....what if it is Dronacharya College in Bhondsi ....
Posted by Purba at 11:42 AM